Why Procrastinating isn't A Bad Thing 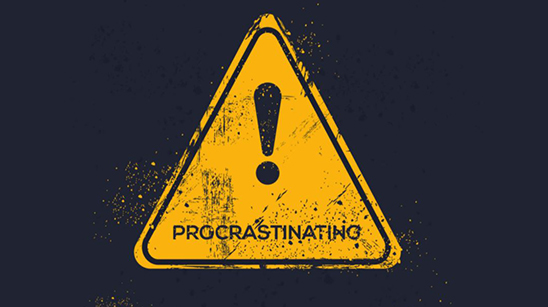 Every week without fail, I tell myself I’m going to start writing my Friday column early.

Occasionally I actually do. Last year, disgusted with my normal routine of staying up all night procrastinating before wringing something out last minute, I went through a rigidly organised period. I drafted religiously every Monday, wrote every Tuesday, and filed every Wednesday for a Thursday morning deadline. It was a smug, snug routine and I felt gloriously responsible every time I hit send on Wednesday night.

Unfortunately, though, the columns were shit.

I’d re-read them when they came out and sigh at the missed jokes, obvious arguments and overly chewed sentences.

Dispirited, I went back to the last minute keyboard pounding, reasoning that it was better to be white-knuckled and interesting than punctual and thoroughly underwhelming.

But I was still staying awake in fits of late-night loathing. Why can’t you stop procrastinating, hissed the voice in my head, you’re just lazy, sloppy and unprofessional!

So I tried again, and again, to write earlier.

But even if I went to bed on Wednesday with a perfectly reasonable finished column, I’d still get up at 5am Thursday and write a completely new, far better one, for my 9am deadline.

I’d then stumble into my day job and have some sour manager with a severe haircut ask me why I’m always so tired and can’t I plan these things better?

I’d attempt to explain that good ideas never arrived any earlier. They always screeched into my subconscious with just enough time spare to be snatched and scribbled down...And they’d just sigh. Because let’s be honest, people just secretly think you can’t get your shit together…

You probably even think this about yourself.

Chances are you’ve frequently found yourself in the wee hours of the morning, riding the four horsemen of adrenaline to the deadline of your chosen craft or assignment, telling yourself you should have done this sooner, you’re a failure, and you’ll never leave it this late again…

Science on your side

There’s a reason why you’re doing this.

And yes, creative people are more likely to procrastinate. (Sure, there are some early bird obsessives who have to submit their work a month in advance, but actually, this is another form of procrastination called precastination - look it up).

In fact, studies from the US have shown that procrastination actually helps with creativity.

Participants were asked to come up with new business ideas. One group began the task immediately, the other procrastinated by playing Minesweeper first. Their results were assessed externally and the procrastinating group found to be 28% more creative than the non.

Similar studies asked employees to rate their own procrastination, then asked their employers to also rate that person’s creativity. Again, those who procrastinated most were also rated far more creative than non-procrastinators.

This suggests that the ripest creative ideas come after a period of divergent thinking. Namely, if our conscious brain is distracted with something else, it gives our subconscious brain chances to make zingy connections.

Often we don’t know we’re even making those connections until we bolt up at 5am screaming, THAT’S BRILLIANT...why didn’t I think of this before?

That being said, you may still be being lazy.

See, the risk is that once you know that this is what’s happening, you delay starting to work. You convince yourself you’re ‘thinking about something’ deep down...when really you just can’t be arsed starting. (Or maybe it scares you or maybe you just don’t want to do it.)

This can lead to the nightmare scenario where it’s coming up to the deadline, you’re groping around in the hat and it’s terrifyingly empty because you actually hadn’t started thinking about it yet.

Then you’re in full panic mode, manically reheating any old idea because you just need to submit something.

The same study found that this exact phenomenon happened when a third group were deliberately told to start last minute. Pushed for time, they were far less creative than the other two groups and only proposed easy (not novel) ideas.

Embrace the lack of haste 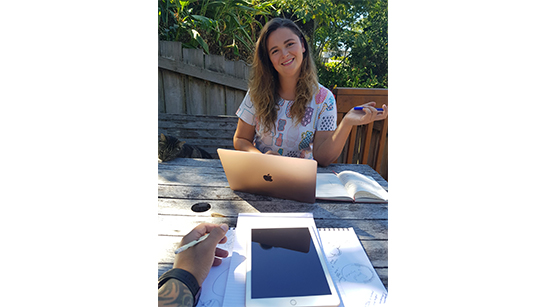 Verity Johnson at work (quite likely close to deadline...).

So the challenge for us as creatives is not to “be less lazy” as our inner voice would shriek.

It’s more subtle than that.

We need to accept that we will procrastinate, that’s it’s actually a necessary part of the process and build in time to do that.

We want to be able to start thinking, wander off, be struck by creative lightning, rush back and quickly bottle that in time for the deadline.

Why a cardboard shortage is driving innovation in packaging design
Design in 2021 – what will interactive design look like?
Why age is often the “least relevant thing” when co-designing with the elderly